Great are You Lord

When We All Get to Heaven

Then they arrived at the country of the Gerasenes, which is opposite Galilee.

As he stepped out on land, a man of the city who had demons met him.  For a long time he had worn no clothes, and he did not live in a house but in the tombs.

When he saw Jesus, he fell down before him and shouted at the top of his voice, "What have you to do with me, Jesus, Son of the Most High God?  I beg you, do not torment me"--

for Jesus had commanded the unclean spirit to come out of the man.  (For many times it had seized him; he was kept under guard and bound with chains and shackles, but he would break the bonds and be driven by the demon into the wilds.)

Jesus then asked him, "What is your name?"  He said, "Legion"; for many demons had entered him.

They begged him not to order them to go back into the abyss.

Now there on the hillside a large herd of swine was feeding; and the demons begged Jesus to let them enter these.  So he gave them permission.

Then the demons came out of the man and entered the swine, and the herd rushed down the steep bank into the lake and was drowned.

When the swineherds saw what had happened, they ran off and told it in the city and in the country.

Then the people came out to see what had happened, and when they came to Jusus, they found the man from whom the demons had gone sitting at the feet of Jesus, clothed and in his right mind.  And they were afraid.

Those who had seen it told them how the one who had been possessed by demons had been healed.

Then all the people of the surrounding country of the Gerasenes asked Jesus to leave them; for they were seized with great fear.  So he got into the boat and returned.

The man from whom the demons had gone begged that he might be with him; but Jesus sent him away, saying,

"Return to your home, and declare how much God has done for you."  So he went away, proclaiming throughout the city how much Jesus had done for him.

Deliver my soul from the sword, my life from the power of the dog!

Save me from the mouth of the lion!  From the horns of the wild oxen you have rescued me.

I will tell of your name to my brothers and sisters; in the midst of the congregation I will praise you:

For he did not despise of abhor the affliction of the afflicted; he did not hide his face from me, but heard when I cried to him.

From you comes my praise in the great congregation; my vows I will pay before those who fear him.

The poor shall eat and be satisfied; those who seek him shall praise the LORD.  May your hearts live forever!

​All the ends of the earth shall remember and turn to the LORD; and all the families of the nations shall worship before him.

​For dominion belongs to the LORD, and he rules over the nations.

One day, as we were going to the place of prayer, we met a slave girl who had a spirit of divination and brought her owners a great deal of money by fortune telling.

While she followed Paul and us, she would cry out, "These men are slaves of the Most Hight God, who proclaim to you a way of salvation."

She kept doing this for many days.  But Paul, very much annoyed, turned and said to the spirit, "I order you in the name of Jesus Christ to come out of her."  And it came out that very hour.

But when her owners saw that their hope of making money was gone, they seized Paul and Silas and dragged them into the marketplace before the authorities.

When they had brought them before magistrates, they said, "These men are disturbing our city; they are Jews

and are advocating customs that are not lawful for us as Romans to adopt or observe."

The crowd joined in attacking them, and the magistrates had them stripped of their clothing and ordered them to be beaten with rods.But youAfter they had given them a sever flogging, they threw them into prison and ordered the jailer to keep them securely.

Following these instructions, he put them in the innermost cell and fastened their feet in the stocks.

About midnight Paul and Silas were praying and singing hymns to God, and the prisoners were listening to them.

Suddenly there was an earthquake, so violent that the foundations of the prison were shaken; and immediately all the doors were opened and everyone's chains were unfastened.

When the jailer woke up and saw the prison doors wide open, he drew his sword and was about to kill himself, since he supposed that the prisoners had escaped.

But Paul shouted in a loud voice, "Do not harm yourself, for we are all here."

The jailer called for lights, and rushing in, he fell down trembling before Paul and Silas.

Then he brought them outside and said, "Sirs, what must I do to be saved?"

They answered, "Believe on the Lord Jesus, and you will be saved, you and your household."

They spoke the word of the Lord to him and to all who were in his house.

At the same hour of the night he took them and washed their wounds; then he and his entire family were baptized without delay.

He brought them up into the house and set food before them; and he and his entire house hold rejoiced that he had become a believer in God.

Now before faith came, we were imprisoned and guarded under the law until faith would be revealed.

Therefore the law was our disciplinarian until Christ came, so that we might be justified by faith.

But now that faith has come, we are no longer subject to a disciplinarian,

for in Christ Jesus you are all children of God through faith.

As many of you as were baptized into Christ have clothed yourselves with Christ.

And if you belong to Christ, then you are Abraham's offspring, heirs according to the promise. 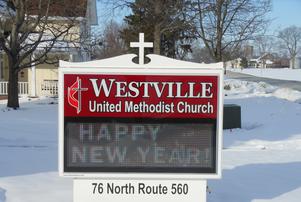 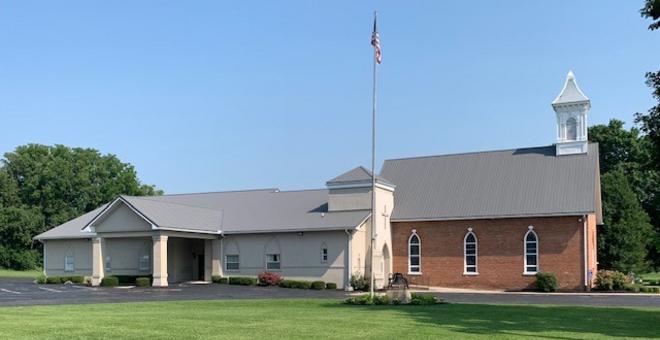